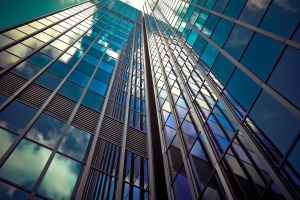 When parties enter a contract involving an appraised value of real estate, they need eventual finality with respect to that appraised value, but they also want fairness in the appraisal process. In Buffalo-Water 1, LLC v. Fidelity Real Estate Company, LLC, 481 Mass. 13 (2018), the Supreme Judicial Court of Massachusetts recently considered the question of whether the appearance of bias alone is sufficient to invalidate a contractually binding appraisal.

The dispute arose out of a sale leaseback of commercial property in Boston’s Financial District.  The defendant, Fidelity Real Estate Company, LLC, sold the subject property to the plaintiff, Buffalo-Water 1, LLC, and leased the property from Buffalo-Water retaining the option to re-purchase it during the last year of the lease for the greater of a fixed amount and a percentage of the property’s fair market value.

So, just how much did the initial two appraisals differ after Fidelity exercised its option to re-purchase and the parties failed to agree on a fair market value?  A lot.

Towards the end of its decision, the SJC alludes to an important takeaway lesson: “When parties negotiate a contract that provides for a binding appraisal, they are free to include provisions that establish more stringent impartiality requirements than those in our common law and specify that the appraisal will be invalid where those requirements are not met.”

In other words, if just the possibility of bias is a particularly serious concern for a party entering a contract with a binding appraisal component, that party should consider requiring more expansive grounds for invalidating the final appraisal or more specific requirements for the appraiser’s eligibility or both.  Without such additional provisions in a contract, and absent demonstrable “fraud, corruption, dishonesty or bad faith,” Massachusetts courts will not disrupt the finality of a contractually binding appraisal.

Spencer is an associate in the Firm’s Land Use and Environmental Law Group and the Public and Municipal Law Group. The focus of Spencer’s practice is representing clients buying, selling, financing, and leasing commercial real estate. He represents a diverse group of clients, including startups, municipalities, life science companies, educational institutions, and regional developers. His experience includes the acquisition and disposition of commercial, industrial, residential, and mixed-use properties, as well as the negotiation of office, retail, and solar leases. Spencer also has experience advising clients on a broad range of land use matters, including zoning, permitting, and title issues.
View all posts by Spencer Holland →
This entry was posted in Contracts, Lease and tagged appraisal, Contracts, Lease, Supreme Judicial Court. Bookmark the permalink.
Loading Comments...