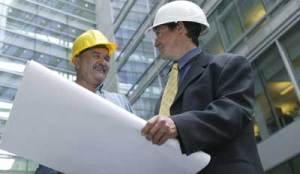 The Supreme Judicial Court (“SJC”) ruled that a contract provision waiving the subcontractor’s right to file a claim against the general contractor’s payment bond is not enforceable.  In John J. Costa v. Brait Builders Corp., 2012 WL 3084656 (Mass. 2012), the SJC held that the goal of the public procurement law is to protect subcontractors and others supplying labor and material to construction projects and that the waiver is contrary to that goal.  The decision touches on a number of contract terms and claims that are common to the construction industry.

James J. Costa, d/b/a Costa & Son Construction (“Costa”) performed site work for Brait Builders Corporation (“Brait”) on a Town of Bridgewater project (“Town”).  Brait terminated Costa mid-project, and Costa filed a lawsuit against Brait and the surety seeking damages for breach of contract and violation of the G.L. c. 93A, the Massachusetts Consumer Protection Act.  The jury awarded more than $1 million to Costa.  Both parties appealed.  Costa appealed from the determination that it had contractually waived its right to seek payment from the bond.  Brait also appealed, challenging the awards of consequential damages, attorney’s fees, and damages related to the G.L. c. 93A violation.

The SJC first addressed Costa’s right to claim against the bond.  Costa’s subcontract with Brait contained the following waiver:

The SJC stated that the law was meant to protect subcontractors and ensure payment on public projects.  As such, a subcontractor providing labor and materials to a public construction project for which a payment bond has been obtained by the general contractor may not by private agreement forgo its right to pursue payment under the bond.  This decision appears to sound the death knell for contract provisions purporting to waive bond rights on a public project.

The SJC next addressed Brait’s appeal from the awards of consequential damages, attorney’s fees, and G.L. c. 93A damages.  Regarding consequential damages and fees, the SJC looked to the subcontract to determine whether the awards were justified.  It held that consequential damages were precluded because there was a clear waiver in the subcontract.  Conversely, it held that the award of attorney’s fees was warranted because the provision concerning fees was ambiguous and therefore construed against Brait as the drafter.  Finally, the SJC addressed Brait’s argument that Costa was not permitted to recover damages for the G.L. c. 93A violation in addition to damages for breach of contract because that constituted duplicative damages.  The SJC found that the facts supporting Costa’s G.L. c. 93A claim were distinct from those supporting the contract claim, and as such the damages were not duplicative.

The Costa decision bears attention for its instruction on waivers of bond rights, waivers of consequential damages, recovery of attorney’s fees, and recovery of damages pursuant to G.L. c. 93A.

David is an partner in the firm's Litigation Group and is chair of the Construction Law Group. David serves as litigation counsel for contractors, subcontractors, suppliers and other business concerns within the construction industry. He regularly advises his clients on matters such as contract drafting and dispute resolution, surety bond claims, mechanics liens and bid protests. David works closely with a number of local and regional trade organizations, and he often lectures and writes about topics pertinent to the construction industry.
View all posts by David Fine →
This entry was posted in Construction, Contracts. Bookmark the permalink.