(Reluctantly) Open for Business: Momentum Gathering for Expanded Use of Continuous Operations Clauses 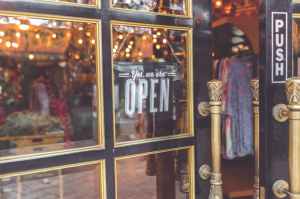 Two recent court decisions may embolden commercial landlords to use a familiar lease provision in an unusual way when responding to tenants seeking to close their business operations before the end of the lease term.

Continuous operations clauses are common features of commercial leases. Such a provision will often require a tenant to operate its business on certain days and during certain hours. Landlords use these clauses as a means of ensuring that their properties stay active, attractive, and profitable. Landlords do not, with rare exceptions relating to “anchor tenants,” use these clauses as the basis of a suit for injunctive relief to compel a tenant to operate a failing store throughout the remainder of the lease term, at a loss, and against its will.

But that’s just what two landlords have successfully done.

In Simon Property Group L.P. v. Starbucks Corporation, Case No. 49D01-1708-PL-032170 (Indiana Superior Court), the tenant, Starbucks Corporation, announced that it intended to close all of its Teavana stores across the country, including seventy-seven mall locations leased from Simon. The leases at issue contained various forms of continuous operations clauses, many of which expressly provided that Simon could seek specific performance to require Starbucks to continuously operate its Teavana stores. So instead of taking the well-worn path to remedies — recovering future rent and finding new tenants — Simon went to court demanding that Starbucks stay put. An Indiana judge issued a preliminary injunction preventing the closures despite conceding that “no court has ever entered preliminary or permanent injunctive relief to specifically enforce a continuous operations covenant against a non-anchor tenant extending nationwide.” Just a month later, in Bellevue Square, LLC v. Whole Foods Market Pacific Northwest, Inc., Case No. 17-2-27617-1 SEA (Washington Superior Court), a Washington judge granted the landlord’s request for a preliminary injunction requiring a Whole Foods concept grocery store branded “365 by Whole Foods Market” to remain open after Whole Foods announced that the store would close.

In the Whole Foods case, as in the Starbucks case, not at issue was whether the tenant would be breaching the lease by closing — that much was clear. The question in both cases, rather, was whether the landlord had available to it an adequate legal remedy, namely the recovery of monetary damages, that made the issuance of injunctive relief inappropriate. The judge in the Whole Foods case found that the grocery store’s closure would cause irreparable harm to the landlord, including negative effects on the landlord’s ability to secure financing on the property, on its lease negotiations with other tenants, and on the general reputation of the shopping center.

The limits of this reasoning — how small can the ripple effect of a closure be to justify an injunction? — remain unclear, but these two decisions represent a striking sensitivity to landlords’ efforts to create balanced, successful commercial centers. Just take the following excerpt in the Starbucks decision, in which the judge approvingly cites Simon’s expert witness as explaining, “[A] mall is not a random collection of stores, but rather is a co-dependent ecosystem that derives its success from the curation of a particular tenant mix, commonalities, externalities and cross-promotion.” Think about that the next time you’re trying to orient yourself on a mall directory map.

For tenants, these decisions should serve as a cautionary tale. If a tenant expects that it will be allowed to perform an “efficient breach” of the lease to close a failing location, that expectation should be factored into the drafting of any continuous operations clause.

Landlords should also give additional attention to the wording of these clauses. To improve its chances of succeeding in an action for injunctive relief, a landlord should include in the lease a right to obtain specific performance for breach of the clause and an acknowledgment by tenant that such a breach would cause the landlord irreparable harm that makes the right of specific performance necessary.

But before respectively fretting and celebrating over these two decisions, tenants and landlords should consider some matters of context. Starbucks and Whole Foods are especially large and financially strong companies, ones able to survive the requirement to keep open unprofitable locations. Prior to succeeding against Starbucks, Simon had failed in its attempts for injunctive relief to keep open Kenneth Cole stores as well as stores owned by Wolverine World Wide (including Stride Rite and Sperry) because the harm to the tenants of continuing to operate was deemed more detrimental than the imbalance that would befall the landlord’s “ecosystem” due to the tenants leaving.

Regardless of whether or not the Starbucks and Whole Foods decisions portend a larger shift in the courts, landlords and tenants should give continuous operations clauses careful consideration.

Spencer is an associate in the Firm’s Land Use and Environmental Law Group and the Public and Municipal Law Group. The focus of Spencer’s practice is representing clients buying, selling, financing, and leasing commercial real estate. He represents a diverse group of clients, including startups, municipalities, life science companies, educational institutions, and regional developers. His experience includes the acquisition and disposition of commercial, industrial, residential, and mixed-use properties, as well as the negotiation of office, retail, and solar leases. Spencer also has experience advising clients on a broad range of land use matters, including zoning, permitting, and title issues.
View all posts by Spencer Holland →
This entry was posted in Uncategorized. Bookmark the permalink.