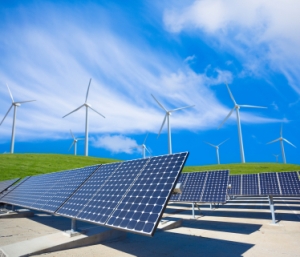 Among the changes are heightened standards for insulation and fenestration, eave restrictions, pipe insulation, and increased Heating Energy Rating System (“HERS”) requirements.  The revisions will affect all phases of the building process, including design, construction and inspection.  Responsibility for determining compliance with the new code provisions will remain with the municipal building inspectors.

The response thus far from the building community has been mixed.  Here is a take from Guy Webb, the Executive Director of the Home Builders & Remodelers Association of Central Massachusetts:

While nobody is opposed to the increased energy efficiency that comes with the 2012 IECC, there are some negative aspects to the new code. First, the cost of compliance for an average size single family home is approximately $11,000, driving the already expensive price of a new home even higher. Second, the challenge that any new code poses to the building community exists with this code, with some additional challenges. Chief among them is that houses will now have to meet a much tougher standard of air tightness – down to 3 air changes per hour from 7 in the previous code. Another concern for builders is the rapidity in which the energy code changes in Massachusetts. There is a learning curve that both builders and building officials must conquer before things start to go smoothly.  For the coming months we expect there to be occasional issues in the permitting and inspection processes.  And then, once everyone is safely over the learning curve, we will be faced with the 2015 IECC.

Please contact the Construction Group at Mirick O’Connell if you have any questions about the new version of the baseline energy provisions, the stretch energy code, or the Green Communities Act.  A special thanks to our Summer Associate, Colleen Hoyt, for her contributions to this post!

David is an partner in the firm's Litigation Group and is chair of the Construction Law Group. David serves as litigation counsel for contractors, subcontractors, suppliers and other business concerns within the construction industry. He regularly advises his clients on matters such as contract drafting and dispute resolution, surety bond claims, mechanics liens and bid protests. David works closely with a number of local and regional trade organizations, and he often lectures and writes about topics pertinent to the construction industry.
View all posts by David Fine →
This entry was posted in Construction, Environmental, Uncategorized and tagged Construction, Environmental. Bookmark the permalink.