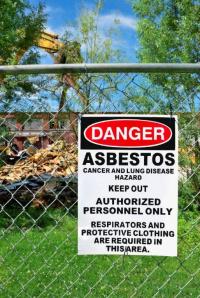 The Supreme Judicial Court’s (SJC) recent decision in Franklin Office Park Realty Corp. v. Comm’r of Dept. of Envt’l Protection, 466 Mass. 454 (2013), is a good news, bad news proposition for Massachusetts property owners and contractors.  At issue in the case was the “wilfulness exception” in G.L. c. 21A, §16 of the Administrative Penalties Act, which allows the Massachusetts Department of Environmental Protection (MassDEP) to assess penalties for environmental violations without prior notice “if such failure to comply … was willful and not the result of error.”

By way of background, the Administrative Penalties Act was intended to provide a mechanism for routine enforcement of environmental violations, such as wetlands, asbestos and hazardous materials violations.  As the SJC explained, “the general rule is that a party will receive notice of a violation and the opportunity to correct it before any penalty is imposed.  However, if a party’s conduct or the scope of impact of a violation fits within one of six exceptions to the notice rule, a penalty may be imposed without such notice.”  The “wilfulness exception,” is one of those six exceptions.

First the good news:  the SJC concluded that MassDEP cannot assess penalties without prior notice under the “wilfulness exception” unless it shows “that the party who has not complied with the law knew or should have known of the operative facts that made their acts unlawful.”  MassDEP had long taken the position that the “wilfulness exception” required only the intent to do the act, rather than the intent to violate the law.  The Court found that MassDEP’s interpretation was “unreasonable” because it “sweeps so broadly as to make nearly all conduct subject to penalty without notice.”

Now the bad news, at least for property owners and contractors:  the SJC’s reference to “should have known” opens the door for MassDEP to argue that even though a person did not willfully violate the law, that person is liable because she should have known her acts would violate the law.  In this case, the SJC concluded that Franklin Office Park’s property manager and roofing contractor should have known that the roofing shingles being removed contained asbestos, and that their removal, without proper handling, would violate the Clean Air Act, G.L. c. 111, §§ 142A – 142O.  The SJC affirmed the hearing officer’s findings that the building manager and roofing contractor “should have known” based upon:  (1) their industry knowledge and experience, (2) a notation on the municipal building permit that required compliance with MassDEP and EPA requirements, and (3) the licensed Construction Supervisor status of the building manager.  The hearing officer specifically credited the testimony of MassDEP’s analyst “that it is widely known among roofing contractors” that many roofing products, including shingles, may contain asbestos.  This knowledge was imputed to Franklin Office Park, the property owner.

For more information on this case or for questions regarding MassDEP violations, penalties and appeals, please contact David McCay, an experienced Massachusetts environmental and real estate litigator at Mirick O’Connell at (508) 791-8500.

Dave is a partner in the firm’s litigation and land use groups where he assists clients in the resolution of complex real estate, environmental and business disputes. He also represents property owners, developers and municipalities in local land use permitting matters. Dave is active in the Boroughs+ region serving recently as the Chair of the Southborough Economic Development Committee and of the Marlborough Regional Chamber of Commerce. He is also a member of the Board of Directors of the 495/MetroWest Partnership and the Marlborough Economic Development Corporation. Outside of the office, Dave is an avid cyclist competing in road races and criteriums across New England. He lives in Southborough with his wife and two sons.
View all posts by David McCay →
This entry was posted in Construction, Environmental, Hazardous Materials, Wetlands and tagged asbestos, David McCay, Franklin Office Park Realty Corp., Hazardous Materials, Massachusetts Department of Environmental Protection, Massachusetts environmental attorney, Massachusetts real estate litigator, MassDEP penalty, Supreme Judicial Court, Wetlands. Bookmark the permalink.