Teaming Arrangements in the Construction Industry 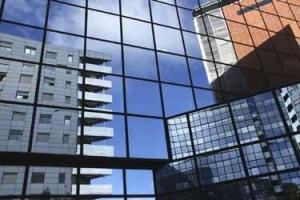 I recently posted about Massachusetts Highway Dept. v. Perini Corp., a Massachusetts Appeals Court decision vacating a substantial arbitration award in favor of one of the general contractors on the Central Artery/Tunnel project.  The general contractor in question was Perini-Kiewit-Cashman (“PKC”), a joint venture.  While the decision largely rested on the terms of the general contract, the individual participants in the joint venture will ultimately see their obligations determined by their joint venture agreement.  Teaming arrangements such as joint ventures play an important, and often overlooked, role in construction.  This will be the first in a series of posts addressing the topic, beginning here with an overview of the concept in general terms.  Subsequent posts will discuss particular contract terms, benefits and risks associated with teaming, federal procurement where teaming is prevalent, and finally a summary of recent case studies.

The construction industry is a difficult and often unpredictable environment in which to operate.  Contractors are often exposed to unforeseen and even unknowable risks.  One avenue through which contractors are able to compete and thrive in this dynamic environment is by teaming with other contractors.  The term “teaming arrangement” generally refers to various types of strategic alliances formed to enhance efficiency, exploit complementary capabilities, and ultimately increase competitiveness.  Contractor teaming arrangements are desirable from both an owner and an industry vantage point because they enable the participants to complement one another’s unique capabilities, while offering the best combination of performance, cost, and delivery for the system or product being provided.

There are two types of teaming arrangements that contractors most often utilize.  The first is an arrangement whereby two or more companies form a partnership or joint venture to act as a potential prime contractor.  This type of arrangement is most commonly memorialized in a joint venture agreement.  Whether parties have formed a joint venture will have substantial bearing on their legal rights and remedies and is often difficult to ascertain.  Formation is determined by reviewing the intent of the parties as manifested by their conduct and their agreement, express or implied.  Contractors must therefore be mindful of their actions as much as their written contracts.  It’s not uncommon for a contactor to unknowingly commit itself to a joint venture.

Both joint ventures and teaming agreements are commonly employed in the private and public sectors.  Both arrangements offer contractors the opportunity to compete on projects that would otherwise be unavailable.  While the structure and formation of these arrangements can vary tremendously, most commonly the primary distinction is that a joint venture creates a single-entity partnership owned by its members while a teaming agreement allows its participants to remain independently owned and operated.  Check back to On Solid Ground for a future post discussing important contract terms that will allow for a successful teaming arrangement.

David is an partner in the firm's Litigation Group and is chair of the Construction Law Group. David serves as litigation counsel for contractors, subcontractors, suppliers and other business concerns within the construction industry. He regularly advises his clients on matters such as contract drafting and dispute resolution, surety bond claims, mechanics liens and bid protests. David works closely with a number of local and regional trade organizations, and he often lectures and writes about topics pertinent to the construction industry.
View all posts by David Fine →
This entry was posted in Construction, Contracts and tagged Construction, Contracts, Joint venture, Mass. Highway Dept., Massachusetts Appeals Court, Perini Corp., teaming agreement, Teaming Arrangements. Bookmark the permalink.

1 Response to Teaming Arrangements in the Construction Industry