SJC: Contracts Can Shorten Statute of Limitations Period, Unless… 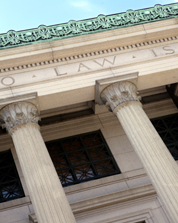 Despite the fairly straightforward nature of the issue, before the recent case of Creative Playthings Franchising, Corp. v. James A. Reiser, Jr., the Massachusetts Supreme Judicial Court (SJC) had not categorically ruled whether parties to a contract could agree to shorten the six-year statute of limitations under G.L. c. 260, §2.  We now have the answer, which is “yes,” but with some important caveats and limitations.  Although the issue in this instance arose in the context of a franchise agreement, the SJC’s ruling applies equally to other types of contracts, including leases, purchase and sale agreements and other types of real estate and construction-related contacts.

G.L. c. 260, §2 sets a six-year statute of limitations for contract-based claims.  Federal law generally allows parties to do shorten that time period by agreement.  The SJC found no reason why Massachusetts law should differ from federal law on the issue.  Specifically, the SJC ruled that, “where a claim arises based on a contract, and the contractually shortened limitations period is reasonable and not contrary to other statutory provisions or public policy, then the parties may agree to shorten the time period within which claims must be brought.”

Finally, the Court held that the discovery rule, which tolls the statute of limitations until a perspective plaintiff learns or should have learned that she has been injured, cannot be overridden by agreement.  Specifically, the Court held that “a contractual limitations provision that did not permit operation of the discovery rule would be unreasonable, and therefore, invalid and unenforceable.”

The takeaway from the SJC’s decision in Creative Playthings is that parties to negotiated contracts can provide for greater certainty and a shorter time period within which claims must be brought.  However, the Massachusetts courts will carefully consider any such agreement to ensure that the it was negotiated at arm’s length and is not otherwise unreasonable or contrary to public policy.

Dave is a partner in the firm’s litigation and land use groups where he assists clients in the resolution of complex real estate, environmental and business disputes. He also represents property owners, developers and municipalities in local land use permitting matters. Dave is active in the Boroughs+ region serving recently as the Chair of the Southborough Economic Development Committee and of the Marlborough Regional Chamber of Commerce. He is also a member of the Board of Directors of the 495/MetroWest Partnership and the Marlborough Economic Development Corporation. Outside of the office, Dave is an avid cyclist competing in road races and criteriums across New England. He lives in Southborough with his wife and two sons.
View all posts by David McCay →
This entry was posted in Construction, Contracts, Lease and tagged Construction, Contracts, Creative Playthings, Lease, Reiser, statute of limitations, Supreme Judicial Court. Bookmark the permalink.